‘Sumo Academy’ is designed to expand the talent pool needed to meet the demands of the UK’s growing games industry.

Sumo Digital is attracting a wide pool of talented graduates to the games industry through its new training programme, Sumo Academy. The first cohort of trainee programmers – who started in September – all come from non-computer science related degrees, and are helping to shape the new programme. Sumo is working with industry partners to develop a recognised postgraduate apprenticeship, creating an accessible and attractive pathway for a diverse range of graduates and helping the industry to tackle its recruitment challenges.

Sumo Academy was launched in September, when the first four graduates started their training as programmers. The trainees have degrees in Fashion, Physics, History and Philosophy. These are unusual backgrounds for game development, however, the principal goal of this course is that upon completion its candidates will be qualified to join one of Sumo’s game development studios in a Junior Programmer role.

Emma Rogers, whose degree is in Fashion Buying and Merchandising, has joined the programme. After working in e-commerce within fashion for a year she became interested in a more technical career. She says,

“This is a world away from what I originally set out to do but I’m genuinely excited for the year ahead. The ability to have hands-on learning is great, plus we get to actually make something in the process.”

“The ability to provide training programmes for new entrants will allow the industry to cast the net wider in recruitment, encouraging diversity and tapping into new sources of talent. This doesn’t replace existing routes into the industry but rather expands the talent pool that we have access to. Different courses, different backgrounds, different styles of creativity will all help us to make better games in the future, but it requires time and investment to make this happen.”

Sumo has been working with other games developers as part of an ‘Industry Trailblazer Group’, to develop a Level 7 Game Software Development Engineer apprenticeship, which it plans to deliver through the academy. The occupational proposal for this has recently been approved by the Institute for Apprenticeships and Technical Education, and Sumo is now in the final stages of developing the apprenticeship standard.

To ensure the standard works for the industry as a whole, Sumo is looking to expand the Industry Trailblazer Group, and is asking smaller mobile game developers in particular to join and input into this process.

“A fully recognised apprenticeship scheme for game programmers would be greatly beneficial for the industry, and I have no doubt that other disciplines would follow on from its success. Recruitment continues to be a challenge for every studio in the industry, so this initiative will get us ahead of the game by discovering home-grown stars of tomorrow.”

You can find out more about Sumo Academy on the website where you will also find details on how to contribute to the Industry Trailblazer Group. 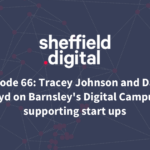 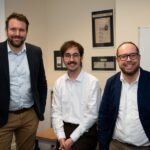 The positive impact of gaming during lockdown

A new report from Ask4 has shown the significant impact that gaming had on students’ skills and wellbeing during the 2020 lockdown.

An event for games studios, educators and recruiters will tackle the challenges of training and hiring talent into the games industry.