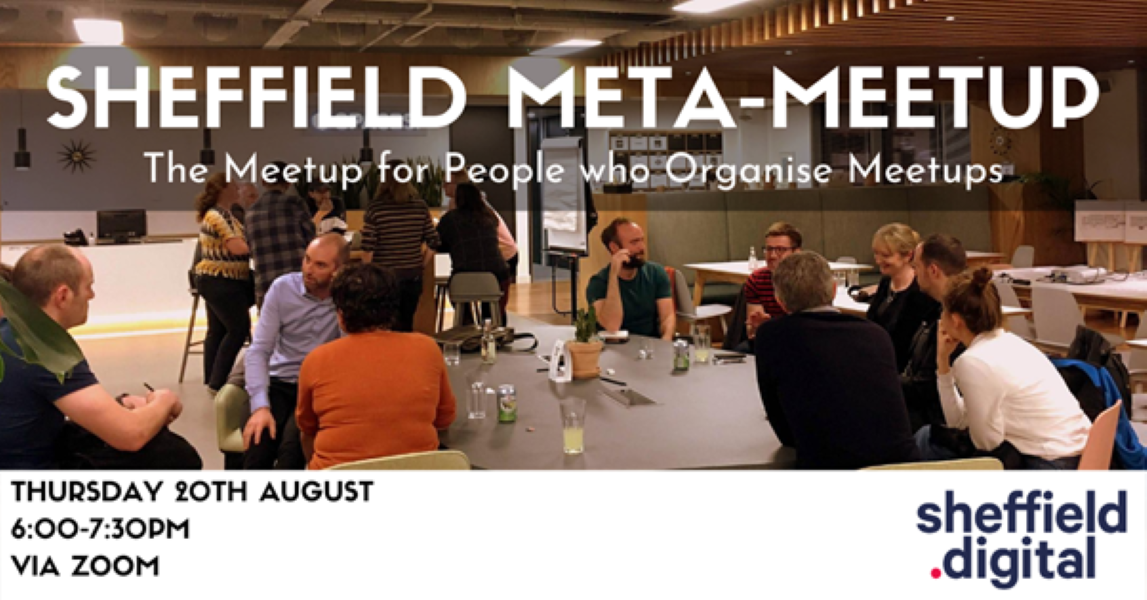 Following the success of Meta-Meetup #4, our plan was to run the event every six months. However, as we hadn’t planned for the arrival of a global pandemic we were a little late to host Meta-Meetup #5, but were very pleased with how it turned out and the discussions and questions that it sparked.

It was always going to be a very different affair, running the event virtually, but given that all of us are now experts in bringing the real world online, it was fairly easy to adapt.

Previous in-person Meta-Meetups would start with some nibbles and networking, so that was the first change. With it having been so long since meetup organisers had had a chance to get together, we figured it would be nice for each of us to give a little update on what we’d been doing (or not doing) since the last meetup and since lockdown restrictions were put in place.

The next part of the evening involved talks, two from current meetup organisers Kevin Smith (of dotnetsheff) and James Marriott (of Sheffield Collective), and then an update from Sheffield Digital’s Saul Cozens on the progress made towards a meetups directory for the Sheffield Digital website. People were able to ask questions of the speakers after each of their talks.

The final section was supposed to be for open discussion around various topics, including both those submitted beforehand and those that had been brought up during the evening, but we ran out of time! It was decided that it would be better to pose those questions and talking points in the Slack #meetup-ops channel, where everybody could get talking, including those who’d been unable to attend the meetup. You can watch a recording of the event in the video below.

To start, Kevin gave us a quick overview of the dotnetsheff meetup group and how they’d been operating prior to lockdown. Typically, each month they’d run one event with speakers for a particular topic and one hands-on coding workshop event. They’d average around 30 people for the talks and 15 or so for the workshop sessions. The highest attendance for a speaker event was 120 when they managed to get a big name speaker.

Just prior to lockdown, dotnetsheff had been planning to put on more talks centred around soft skills as the focus had previously been on more technical topics. During lockdown, dotnetsheff took the decision to pause the sponsorships they had with Jet2, 3squared and Raygun as the cash from these was used to provide food, drinks, and venue costs for their in-person events, and this was no longer necessary.

Kevin then spoke about the group’s experience hosting virtual talks and what they’d learned in the process. Their first event started 15-20 minutes late due to technical issues (and I think we’ve all been there!), but they learned from this and subsequent events ran smoothly.

The biggest change to the organisation of events was merging the York and Sheffield dotnet groups. The reason for this is that the two groups would usually have the same speakers who would travel between the cities, attending the dotnet group events in both one or two days after each other. That was no longer necessary once lockdown hit and all the events were run virtually, and the speakers could now do just one talk and reach attendees from both York and Sheffield at once. The new virtual format meant that it was a lot easier to get in speakers from abroad when this usually wouldn’t have been possible, although the time differences for some of the speakers made planning a little trickier.

They tried to keep the same structure for the events, with one or two speakers presenting for 45 minutes each. The first couple of events pulled in around 40-50 attendees, but this had dropped to around 30 after a few months.

The group would send out a questionnaire (using Direct Poll) at the end of each event with the aim of finding out what people had taken away from the talks, how people had found out about the event, where they were from, and whether they’d attended previous dotnet events. What they found was that there was about a 50:50 split between people who had attended previous in-person events (either in York or Sheffield) and people outside of their scope, with some joining from as far afield as the US, further afield in Europe, and from elsewhere in the UK.

They also took to running a post-talk “virtual bar” starting immediately after the talks finished. While they found that this was a fairly easy-going and relaxed affair if there were particular topics from the talks that people wanted to discuss, they often found that the very nature of how people feel and act in virtual calls meant that it could feel more intense and that people felt pressured to talk. Whereas in person, the lulls in conversation weren’t so noticeable as people are able to take a sip of their drink and take in the atmosphere of the surroundings in the pub.

The polls also showed that attendees often felt less engaged naturally, as being at home provided more distractions, less of a commitment to stay focused, and the ability to network in the usual manner was no longer possible.

Kevin helped the York group to run a virtual hands-on workshop session, and they had 5 people turn up for this. They are considering whether to try the same for the Sheffield group.

In order for this to be successful, there are a number of things to first consider, such as:

Given the current climate, where both local and national lockdowns or reintroduction of measures against socialising are a real possibility, dotnetsheff are expecting to hold their next in-person (or hybrid) event in January.

Or you can visit their group page here: https://dotnetsheff.co.uk/

James Marriott – “What’s it like starting a networking group in the middle of a pandemic?”

James began by answering the question in his title, and the answer is: “it’s fairly straightforward”.

The Sheffield Collective is aimed at freelancers, sole-traders, and contractors, with the goal of creating a networking and support group for people across all trades in the city and a little further afield. The group’s strapline is “We may work on our own, but we’re never alone” and it highlights that one of the key aims of The Sheffield Collective is to create a tight-knit and supportive network. This was all inspired by the personal impact lockdown had had on James and others he knew who were working independently.

At the time of this talk, James had already run four of the monthly meetups and was preparing for the fifth the following week.

He then talked us through the structure that he’d settled upon after some trial-and-error and the challenges and trends he’d noticed so far.

Presently, each meetup starts with 60-second introductions and updates from everybody who’s joined, and this is then followed up by a longer 5-10 minute talk from somebody in the group. This is followed by the breakout room session, where people are randomly assigned to a breakout room for discussion. The breakout room assignments alternate, so one month people will be placed in small group rooms and the next month they’ll be paired up and sent to a room for a one-on-one chat.

To round off the night, there is a Help section where people are invited to request input from the group for things such as a particular issue or in forming an idea.

The reason it’s “fairly straightforward” to start a networking meetup in the middle of a lockdown is that most of the usual choices and organisation you’d make for an in-person event are no longer necessary – the potential stress of finding a venue, paying out for speakers and refreshments, and deciding whether to charge for the event don’t apply when your event is run virtually and so James could focus on marketing the group, thinking about its structure, reach, and the very core aspects of what he wanted to achieve.

The fact that it was a brand new meetup starting out in the virtual sphere also meant that people wouldn’t be able to compare it with previous in-person Collective events, so there was no pressure to try to recreate the atmosphere of being in a pub or networking in person.

Similar to other meetups, The Sheffield Collective saw a slight decrease in numbers as the months in lockdown took their toll, going from around 30 attendees in the first couple of months to around 15 – 20 by the time of this Meta-Meetup.

Specific challenges faced were that:

However, James explained that he is hopeful and optimistic for the future of the group as the concept is sound and there is clearly a need for a networking group such as this one.

James then took some questions, in which he talked about diversity of the attendees, and while he’s fairly happy with the demographic representations so far, his main concern is in attracting people from outside the digital and creative industries as those are overwhelmingly the areas that Collective attendees work in.

You can join the Sheffield Collective’s LinkedIn group here: https://www.linkedin.com/groups/13856824/

And you can follow the group on Eventbrite here: https://www.eventbrite.com/o/sheffield-collective-30143064710

Since the idea of a meetup directory was brought up at a previous Meta-Meetup, Saul has been working hard in his limited spare time to get one built.

The work has involved an investigation into the various solutions and a good deal of planning, designing, prototyping and iterating.

Saul walked us through the User Stories that are being targeted for this first version of the directory so we could get a better understanding of the goals that we’re aiming to achieve.

The key user groups that have been considered are:

Saul then explained the main tasks for this first version of the directory, and the features we’ll be adding are as follows:

He also described what data should be stored against Meetup, Venue, and Sponsor models and explained our choice of implementation for the directory, which is to build upon the existing WordPress base we use for the Sheffield Digital website.

The idea is that this Meetup Directory will be proof-of-concept for further directories to come, such as for freelancers, agencies, and venues.

Whilst it was wonderful to hear all the great discussions generated during each talk’s Q&A, that meant we ran out of time and didn’t get a chance to dive into our talking points for the evening. We decided instead to pose the questions to the meetup organiser community in Slack to give everybody a chance to chip in. The questions put forward for discussion were: 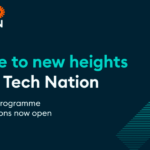 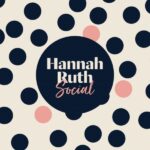 Creative, cultural and digital come together at regional networking event

Creative practitioners are invited to a South Yorkshire wide networking event to explore the power of digital in expanding the reach of their industries.

The Sheffield Digital Festival 2022 is coming!

We need your help to make next year’s event the best yet.