Opportunities to join UTCs as trustees or governors

Chris Dymond is reaching out to the tech and creative communities to join the governance boards of Sheffield’s UTCs. 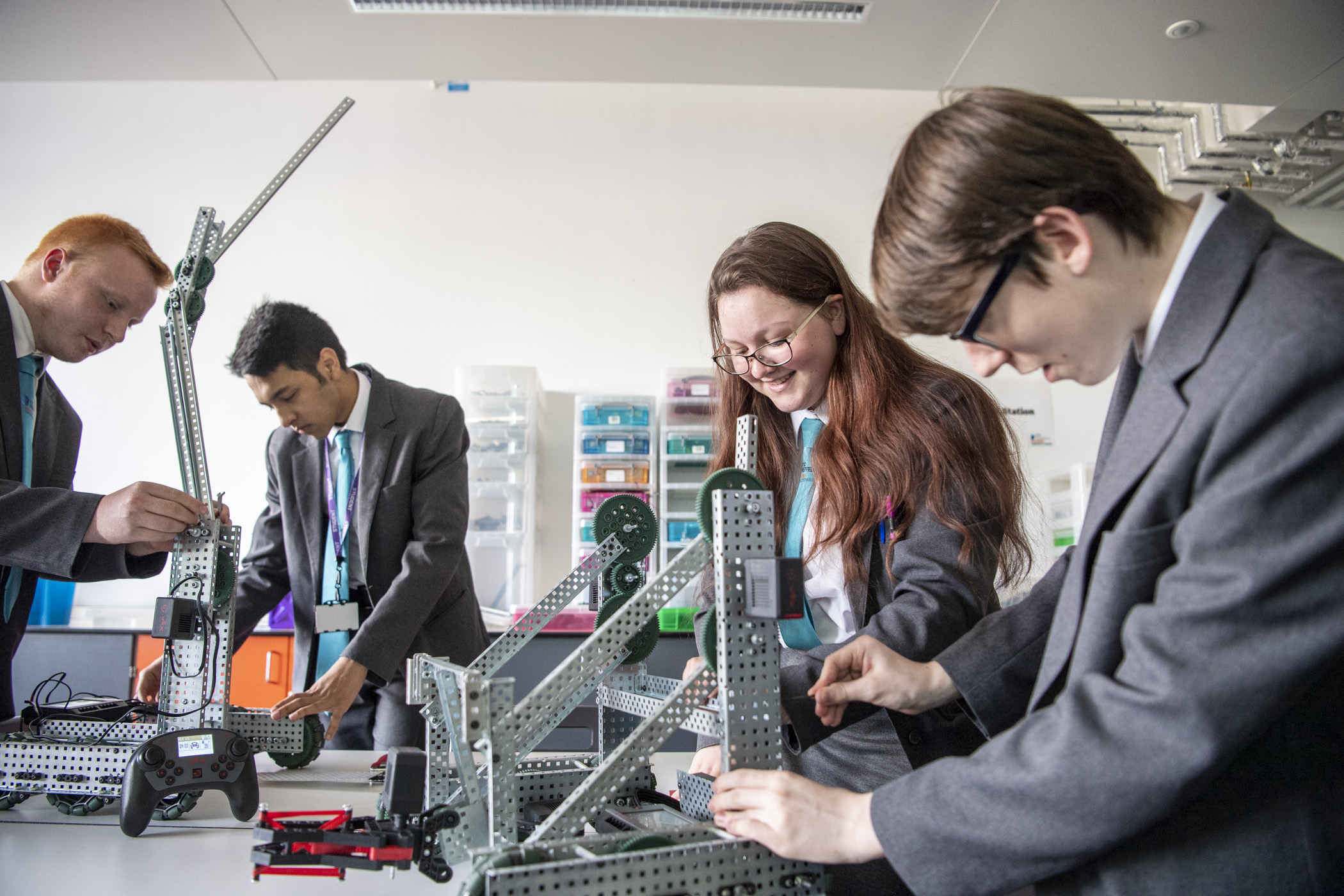 The UTC Sheffield Multi-Academy Trust is currently recruiting for new governors and trustees, including a new chair of the trust. But why is this relevant to the local tech sector? In this post, we hear directly from Sheffield Digital Director, Chris Dymond, who has been involved with the Sheffield University Technical Colleges (UTCs) almost from the outset. Chris tells us more about the UTCs, what makes them such a unique opportunity for young people, and how local tech professionals can make a big difference by joining the governance board.

I joined the steering committee that had been put together to develop the idea of a Sheffield based UTC in 2012. This was after Richard Wright, then chief executive of the Sheffield Chamber of Commerce, came to a meeting of the Creative and Digital Industries Sector Group I was hosting. He wanted participants for a new steering group that was trying to create a new kind of secondary school, one that focused on teaching modern work skills on top of academic subjects.

They wanted to include digital specialisms in the school’s offer and find ways of involving local employers to help educate young people from all over the city and beyond.

I really wanted to get involved in something that would make a tangible difference to the city, and I was further inspired by the late, and great, David Kay who had been fighting to get digital skills recognised and included as a distinct specialism. David had also fought hard for the new school to be located in the city centre, close to the creative and digital studios, rather than at the AMRC where it was originally intended to provide closer engagement for its engineering specialism.

David won both of those battles, with the help of Richard and others, but he needed more support from the tech and digital industry and I agreed to get involved and do what I could. Our two kids were little at the time, and I also felt that here was an opportunity to get involved in something that could be relevant to them one day.

Nearly a decade on, the Sheffield UTC Multi-Academy Trust now operates three schools: our original one on Shoreham Street which opened in 2013 and provides specialisms in Creative & Digital Media as well as Engineering & Advanced Manufacturing; UCT Olympic Legacy Park which opened in 2016 providing specialist training in Computing, Health Sciences & Social Care, and Sport Science; and the UTC Derby Pride Park, a failing school which we have taken over in order to turn around its fortunes. This UTC re-opened last year, in the midst of a pandemic, with specialisms in Health & Life Sciences and Engineering.

The UTC educational model is quite different to traditional schools, and it’s often hard to explain to young people and their parents why they should consider the option.

Our intake only starts in year 9, at the beginning of GCSEs, so our students have to decide to leave their current secondary school, and often their friends, to begin attending a school that’s much further away, and demands longer hours. Parents often worry that the education their kids receive will be too narrow, and won’t fully prepare them for the world. What students get, though, are three enormous benefits:

(You can get a sense of this professionalism and where it can take UTC students by listening to my interview with Erin and Mercedes who competed in the World Educational Robotics finals in Shanghai in 2019, and were the only team of more than 8,000 young people from around the world who coded their robot in C, a native text programming language, rather than a visual “blockly” type language.)

The UTCs are not only about the specialisms though, of course. At GCSE (Key Stage 4 in education-speak) all students take the core subjects: Maths, English Language, English Literature, Science (combined or separate), Citizenship and Physical Education.

Then they can also choose from optional subjects, which are slightly different at each of the three schools (UTC Olympic Legacy Park for instance offers Geography, Psychology, Economics, Computer Science and Sports Studies). And there’s a varied enrichment programme on top of this at all of the schools.

It’s been a long and hard 18 months for everyone involved in education, and for teachers, students and parents in particular. Everyone associated with the trust, at individual school and at board levels, has worked incredibly hard to keep our schools operating and our standards of learning high.

Although it now looks as if we are starting to come out of this period, things are still far from certain as we move towards the new intakes in September. We know there is still a lot of work to do across the trust in order to recover and to develop new partnerships with academia and industry to benefit our students.

There’s always some turnover amongst our governors and trustees, as the children of parent governors complete their studies and move on to new destinations, and trustees see out their commitment. However, we have made a decision as a trust board to additionally reach out to try and expand our governance, and bring more diversity into local boards of governors at each of the three schools, and at trust board level.

In particular I would very much like to see more people from the digital tech and media industry engaged in this work, to make connections, advise on the curriculum and how we teach it, and to act as role models for our kids across the age groups.

We have such a fantastic opportunity to develop local young people from all backgrounds and from over the city and the region, and get them involved in our work.

We can work together not only to help these young people become good at what we do, but also to encourage them to stay in Sheffield and work for our awesome tech and media firms! 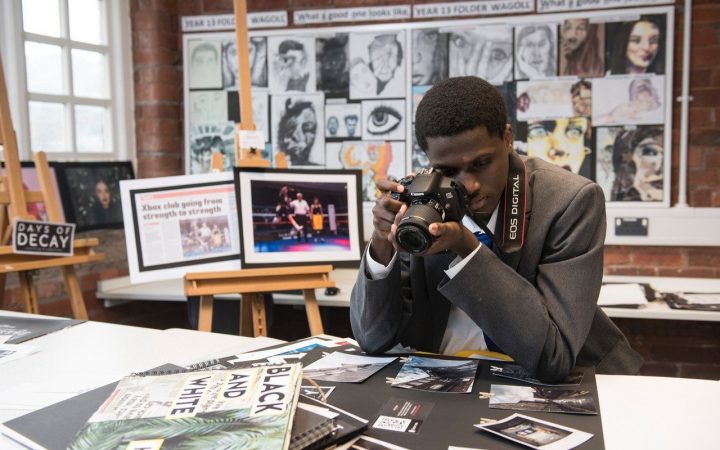 What are we looking for?

School governors: these people work at individual school level, meeting once per term, to hear from the school’s management how the school is performing across all its subjects, specialisms and activities, and to hold them to account. Governors also help the schools focus on what really matters and look for opportunities to enhance the experience of students. You do not have to have a child attending the school to be a governor, in fact our model distinguishes between ‘parent governors’ who represent the interests of students, and ‘link governors’ who represent the interests of employers and the universities. They work together to make the educational experience as awesome as possible!

Trustees: these people work at the trust level and also meet once per term to hear from senior management and the boards of governors about how all the schools in our portfolio are performing, to hold management to account, and to ensure that the schools and the Multi-academy Trust as a whole are being operated effectively and within the financial constraints. They also represent employers and the universities at a strategic level, looking for ways to enhance engagement and create new relationships.

Chair of the Trust: in addition to simple trustees, of which I am one, we are also looking for a new Chair, as Richard Wright is intending to step down after nearly a decade in the seat. It may be that we elect someone to perform the role in the interim, while new trustees bed in and learn more about the role, or that we find someone external suitable to step straight in.

None of these roles are paid, there is no remuneration for school governors or for Trustees. And training will be provided, in fact some training is mandatory such as safeguarding and in school policies.

These roles are for people who want an opportunity to contribute tangibly to the city, to young people and to the local tech and digital industries. They are also fantastic opportunities for personal and professional development, and provide excellent management and governance experience.

If you are interested in any of these roles, take a look at the information on the UTC Sheffield website, and by all means get in touch with me on Slack or via email to have a chat about it – I’m more than happy to talk to anyone who would like to get involved in any capacity and help in our mission.

It’s hard to understate how rewarding it is to be involved in something that affects the lives of so many young people in the city. And on a personal level it is perhaps the thing I am most proud of being involved in. This September our 13 year old son Lucas will be leaving his current school to attend the UTC Olympic Legacy Park in order to study Computing – a decision he has made entirely himself and mainly because he is incredibly excited to spend six hours per week messing about with computers… 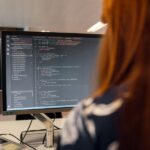 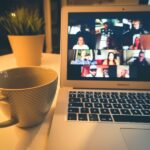 Opportunities to join UTCs as trustees or governors

Chris Dymond is reaching out to the tech and creative communities to join the governance boards of Sheffield’s UTCs.

A new campaign is asking businesses to donate unwanted computers to support at-home learning for underprivileged children in Sheffield.