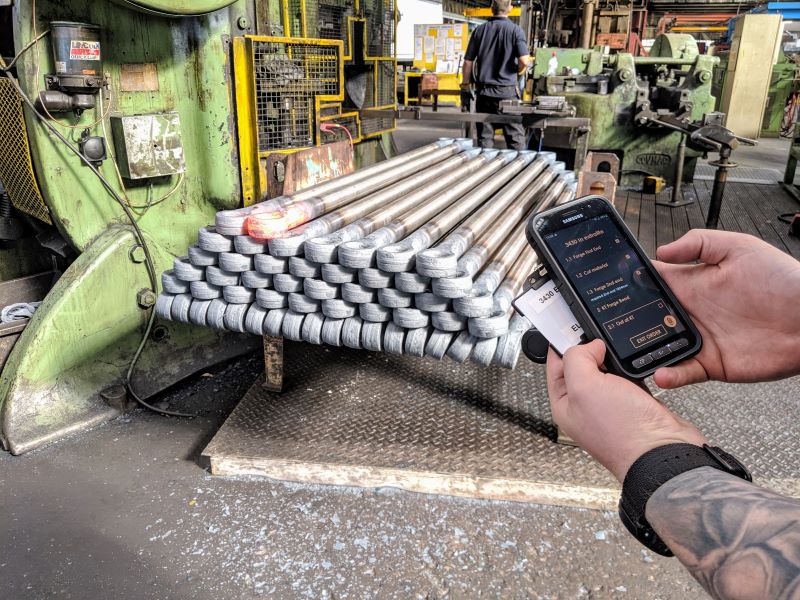 Founded in 2018, Elements Technology has grown from a one-man start-up in the North West, to a seven-strong team in Sheffield, creating software for manufacturing SMEs. Company founder and CEO, Dr Joe Handsaker has taken an open-minded approach to training, investment and product development to shape his early concept into a software solution that offers something unique to the manufacturing SME market. In our interview with Joe, he spoke about doing things ‘the wrong way around’, why he wants to see more support for manufacturing tech start-ups in Sheffield, and how his marketing and recruitment techniques aren’t quite what you’d expect.

Elements Technology is a software development company, creating products that are designed to be user-friendly, intuitive and where possible – using ‘everyday’ consumer devices and technologies, like smart phones.

Elements Docket is the company’s first product and allows manufacturers to track and manage production at any time, wherever they are. Using NFC (Near Field Communication) technology, users can log when they have started and ended tasks, information that becomes instantly available to colleagues across the company through a web dashboard.

The product is designed to increase transparency across manufacturing businesses, help to improve productivity and allow SME owners to make informed decisions based on accurate data.

Landing on a concept

Joe’s start-up idea began life as a technological concept, but what it actually did and who for wasn’t immediately clear, even to Joe.

An academic background in Sports Science and a PhD in Clinical Biomechanics led Joe into the wearable technologies industry. Unconvinced that textile integrated technology was a consumer-facing concept, he explored other industries where monitoring and understanding movement could be more useful. Joe explains,

“I was never really sold on the approach that understanding movement in clothing makes it more appealing to consumers. So I started to look into high-value manufacturing and whether, if you can monitor movement, you can do something from a health and safety point of view.”

At the start of January 2018 Joe launched his company, knowing the technology he wanted to use but, by his own admission, not much else. He says,

“I did it the wrong way around. I had the technology and I believed there was mileage around it. I had an idea that by using a mobile phone and NFC tech you could create a health and safety app for use in factories. In a month, I knocked together a small website and a patent, with the idea that someone would give me a million for 10%. With no prototype or wireframe, I realised there was more to do!” 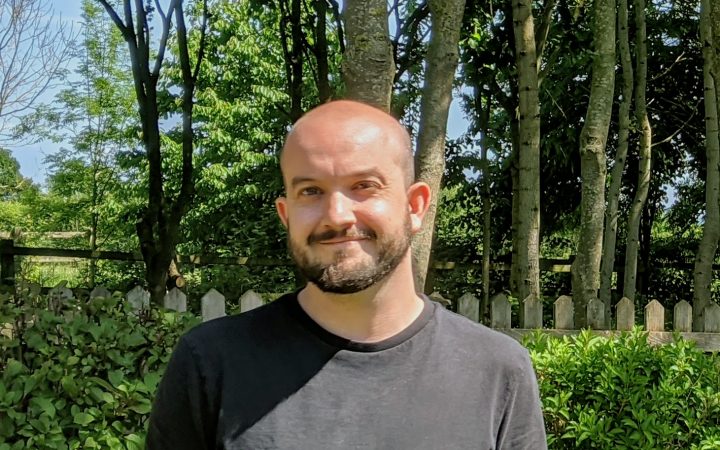 Joe threw himself into meeting people, attending events and training to help him refine his concept. During this time, Joe tested his ideas for Elements Technology, winning the Digital Catapult Hack & Pitch and Rolls Royce Innovation Award at the Industry 4.0 Summit in 2018 and becoming Champion of the Launchpad Competition at Subcon in 2019.

This process helped Joe to make some key business decisions. Firstly, from his work with Rolls Royce – which developed into an ongoing advisory relationship – Joe saw an opportunity to use NFC technology to capture data across the factory floor, and to use this for tracking, managing and improving processes. To do this, he needed greater technical input and this led to Dr Pete Harding (who has a background in computer science and mathematics) joining Elements Technology as CTO.

The insight Joe gathered also resulted in him redefining his market. He explains,

“I spoke to somebody at Manchester Growth Hub who said ‘Why don’t you look at SMEs? If you target the big dogs, you’ll get swallowed up. If you get traction, SAP will put everyone on it, they’ll build something similar, release it and you’re gone.

“When I looked into the manufacturing market, I found out that 98.6% of manufacturers are SMEs. They are worth a third of the value that manufacturing brings to the economy. SMEs are responsible for two thirds of employment in those industries. There’s around 1,000 big UK manufacturers, there’s 80,000 SMEs to target. So I thought OK, that makes sense.”

Two years after moving the company from the North West to Sheffield, Elements Technology is a seven-strong team with a permanent base in the Sheffield Technology Parks, and is continuing to adapt and develop the technology to meet market needs.

The team is about to launch a new version of the Elements Docket app which doesn’t require use of NFC technology and so offers immediate implementation for the user. They are also developing an inventory app which will eventually combine with the Docket to create ‘a smart factory in your pocket’.

The decision to relocate to Sheffield was originally made to satisfy criteria of the Northern Powerhouse Investment Fund for Yorkshire & Humber, from which Joe secured £250,000. He has no doubts that it was the right move to make, commenting:

“I don’t think we’d be where we are today if we’d ended up in Chester or Manchester. I think Sheffield has given us the best chance of succeeding as a company.”

Since realising the potential of the manufacturing SME market, Joe is frustrated by what he feels are ‘unsuitable technologies’ for smaller companies. He explains,

“Industry 4.0 was explained originally as something futuristic and it shouldn’t have been. You hear terms like ‘machine learning’ and ‘artificial intelligence’, but actually if you speak to a manufacturer and their 20 staff who work with metal everyday – they don’t care about ‘AI’. It’s the wrong terminology and wrong approach.

“There are all these technologies that have been developed for the big guys and repurposed for SMEs; but actually they are not suitable because they are cumbersome, they take too long to set up and they take too much training for a company that is small, doesn’t have the same resources and doesn’t have much time.”

Given the heritage in manufacturing and research facilities in the city region, Joe thinks that Sheffield should be the place that responds to this need and could ultimately become a centre of excellence, adding:

“You need to push more money at start-ups that build technology specifically for manufacturing SMEs. If £2m was invested in tech start-ups, with the universities, the AMRC and Sheffield Digital involved, and some manufacturers on board to advise – you’d end up with eight products that could really help them. When that money goes to big players, you get the smallest change that nobody notices. This is how we can start to build an ecosystem of manufacturing tech start-ups, but at the moment I have no one to refer my customers to when they need something different.” 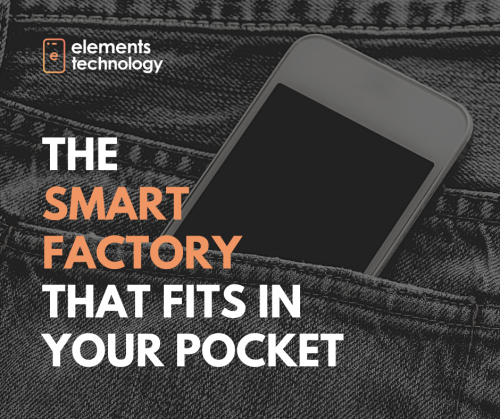 A new version of the Elements Docket will be launching soon.

You may have seen that Shaun Williamson (AKA Barry Evans from Eastenders) was the face of Elements Technology’s recent marketing campaign, promoting the free use of Elements Docket until 2021. So, what was this all about?

“Who isn’t opening an email with the subject line ‘Barry from Eastenders has a message for you’?” says Joe. “I was inspired by a golf range in Manchester who used Cameo to get Carole Baskin to promote them. The people we’re speaking to know Barry from Eastenders, plus he was cheaper than Carole! It’s eye catching, I got it featured in local news in Manchester, Sheffield and Burton – everywhere I have links.”

The video received over 10,000 views on Twitter in 24 hours. This is just one of the ways that Joe has been creative in getting Elements Technology noticed. He also created a job advert as a mock Tinder profile, inviting applicants to ‘swipe left’ if they liked the look of the company.

Before lockdown, Joe engaged the services of Sheffield Hallam University students to help him develop marketing ideas. He says,

“I emailed the course leader of marketing at SHU and asked how we can attract more manufacturing SMEs in the region. This resulted in me meeting twice with marketing students who came up with really creative, eye-catching ideas like street art around the city. It’s about doing things that are different and will get picked up by the local media and give you lots of exposure, without spending lots of money.”

This approach extends to how the company is bringing new team members on board. Junior software developer, Dom Barter joined Elements Technology after Joe met him at the Sheffield Digital Showcase, where Dom was speaking about his own tech start-up. Seeing how smart Dom was, Joe offered him a part-time position at Elements Technology, so he could continue with his business and university studies. Joe explains,

“If you have a tech start-up, it means you’re probably pretty damn talented. So, by hiring people like that you can get the best talent in Sheffield but in a way that works for both of you. They can work for us two or three days a week and work on their own thing outside of that. We’ll probably get as much in those three days as you would from someone else in five days. And they can learn from us because we’re a few years ahead of them and have been through what they need to do.”

Joe may have taken a slightly different approach to his start-up (which, incidentally, he says he wouldn’t recommend) – but the opportunities born from this, the relationships built and the deep understanding he’s developed of the SME manufacturing industries, perhaps wouldn’t have been possible had he started any differently. We are really looking forward to seeing more of Elements Technology (and Barry?) and are excited to see the new apps as they are rolled out.

To find out more about Elements Technology and to take advantage of the special offer – giving you free access to Elements Docket until 2021 – visit the website. You can also stay up to date with company news on Twitter and LinkedIn. 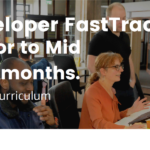 New fast track developer training to fill region’s... Previous
Episode 63: Back to the office? Next 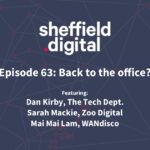 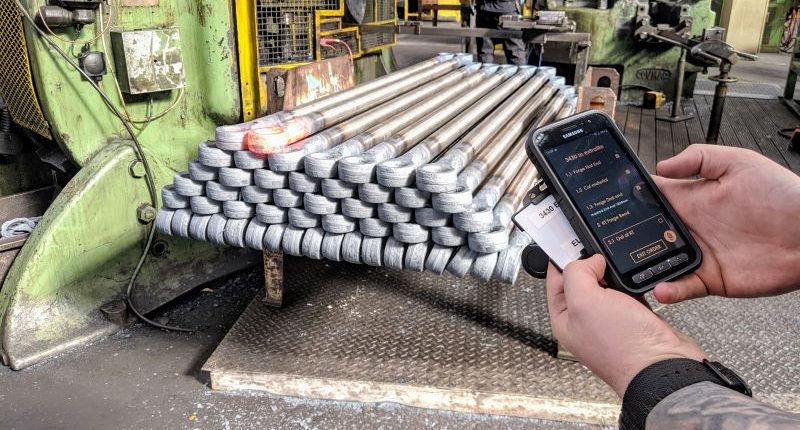