Each edition of the briefing we compile some facts and figures that look at a different aspect of Sheffield’s tech sector, along with a set of current priorities. 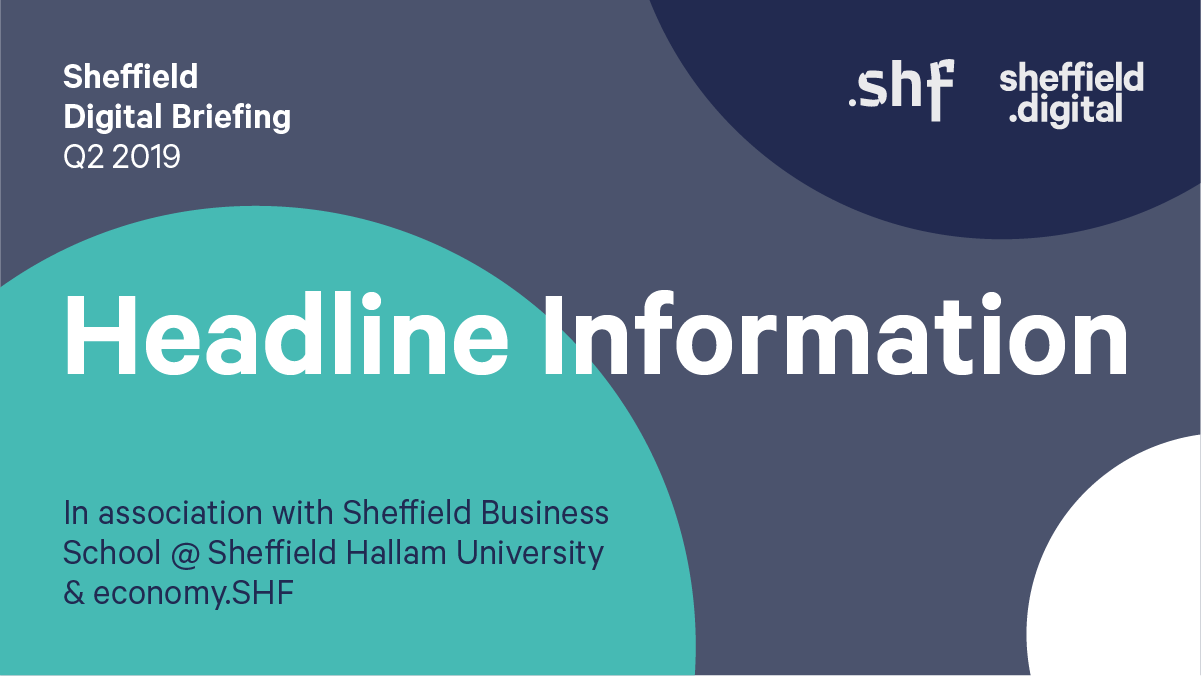 Some of the statistic we use are from public sources, but others are original pieces of analysis compiled for us by Dr Andrew Johnston at Sheffield Business School. 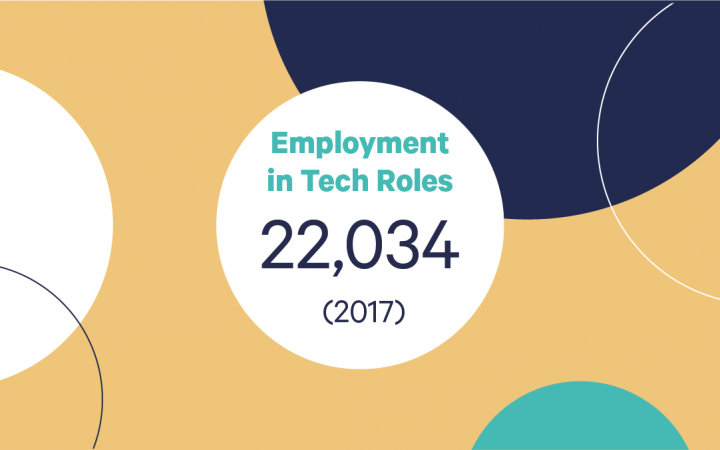 The 2018 Tech Nation Report estimated the total number of people engaged in digital technology roles in the Sheffield and Rotherham tech cluster at 22,034. This is people who work in companies within those two local authority areas, not people who are resident there. The vast majority of these people work in companies that are not classified as digital technology firms, which shows how the wider economy is digitising, how broad the opportunities are for people with tech skills, and also hints at the contention on those skills as they are in demand by an ever growing portion of the economy. 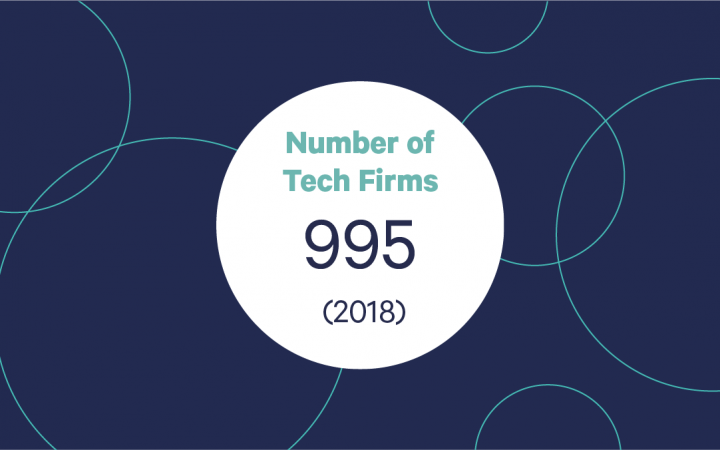 We estimate that there are roughly 1,000 digital technology firms operating within Sheffield’s Local Authority area. Classification is very difficult as there is no specific definition or coding for what constitutes a digital technology company. The currently accepted way of measuring this uses a ‘basket’ of Standard Industry Classification codes developed by the Department for Digital, Culture, Media and Sport (DCMS), and you can read about this method and it’s ongoing history in the government’s “DCMS Sector Economic Estimates Methodology” document (it’s genuinely an interesting read if you’re into this stuff ?) 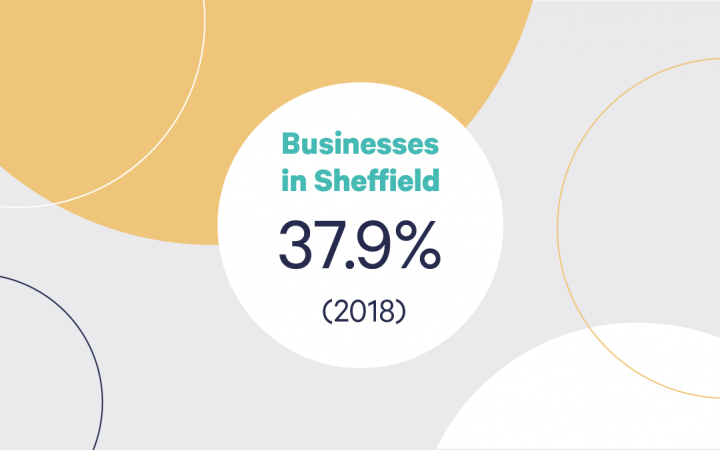 This statistic is an estimate of the proportion of the total number of digital tech firms in the Sheffield City Region that those roughly 1,000 firms in Sheffield represent. Or in other words, of the total number of tech firms in the region, Sheffield is home to about 38% of them. Again this is hard to assess accurately, for the reasons given already, but it does certainly indicate that there’s much more to the region’s tech sector than just Sheffield. How these firms are distributed across the region would be a good thing to look at in future editions. 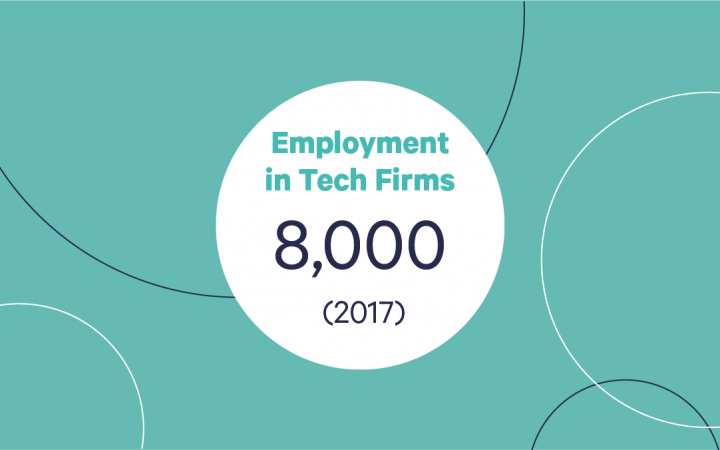 We estimate that there are roughly 8,000 people working in the roughly 1,000 firms in Sheffield, or there were in 2017 anyway. Again it is difficult to get solid figures on this as types of employment vary greatly (how many self-employed contractors work in tech firms?) and not all companies are required to report their headcount of course. This also represents all kinds of employment, not just roles which are classed as relating to digital technology. Still, it’s Sheffield Business School’s current best estimate and provides us with a good baseline. I’m sure we’ll revisit this in future editions, and I would especially like to relate it to salary and GVA distributions to see how much the sector is really worth to the local economy, as I don’t think the number of jobs tells the whole story. 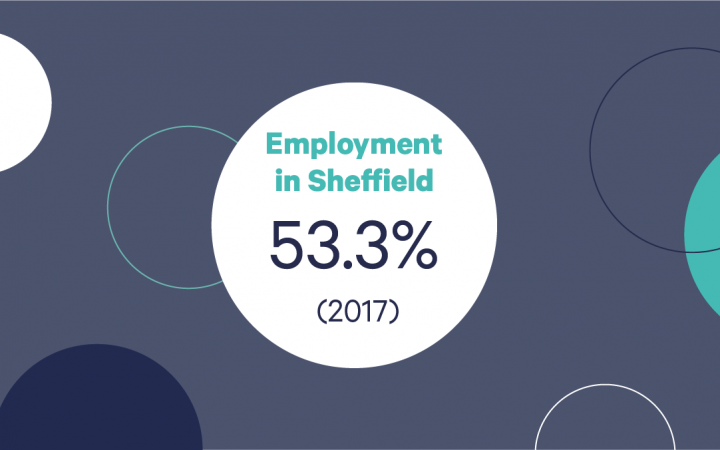 This figure shows the number of people employed in tech companies in Sheffield as a proportion of people employed in tech firms across the whole City Region. Interestingly, this is a much higher proportion than the proportion of tech companies that are in Sheffield vs the wider region, which means that Sheffield is home to larger firms, on average. Again, mapping this in more detail to show the relative sizes would be fascinating thing to do (if anyone has some research money or graduate students to throw at the question, hint, hint!)

In addition to compiling economic statistics, we also polled people who attend the regular economy.SHF meeting and asked them what they thought the three most pressing things are to address in the local digital economy.

economy.SHF is an open meeting for people and organisations interested and engaged in the digital economy in Sheffield, and is chaired by Sam Chapman from the Floow and facilitated by Sarah Lowy-Jones from Growth Sheffield, with our support. You can read the minutes from all the previous meetings in this Trello board.

Here’s what the poll results showed: 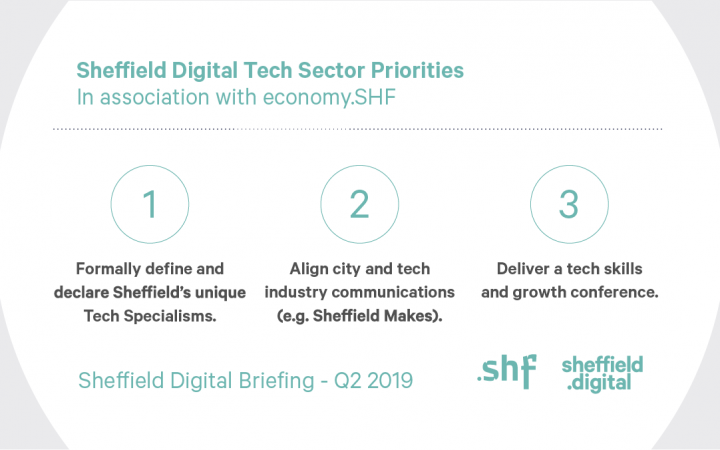 This article was published in the 2019 Q2 Quarterly Briefing. For the rest of this publication, and others in the series please visit the Sheffield Digital Ecosystem Update page. 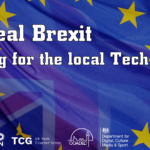 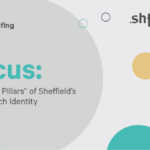 Could you be our new Company Membership Manager?

This is a new freelance, part time role to help us strengthen our relationship with company members.

The second issue of our Sheffield Digital Ecosystem Update is here, giving you a snapshot of the city’s digital tech sector.