Here's the briefing paper I wrote on the Sheffield tech incubator ecosystem for our Digital Policy Conflab #2. Notes on the session itself will follow... 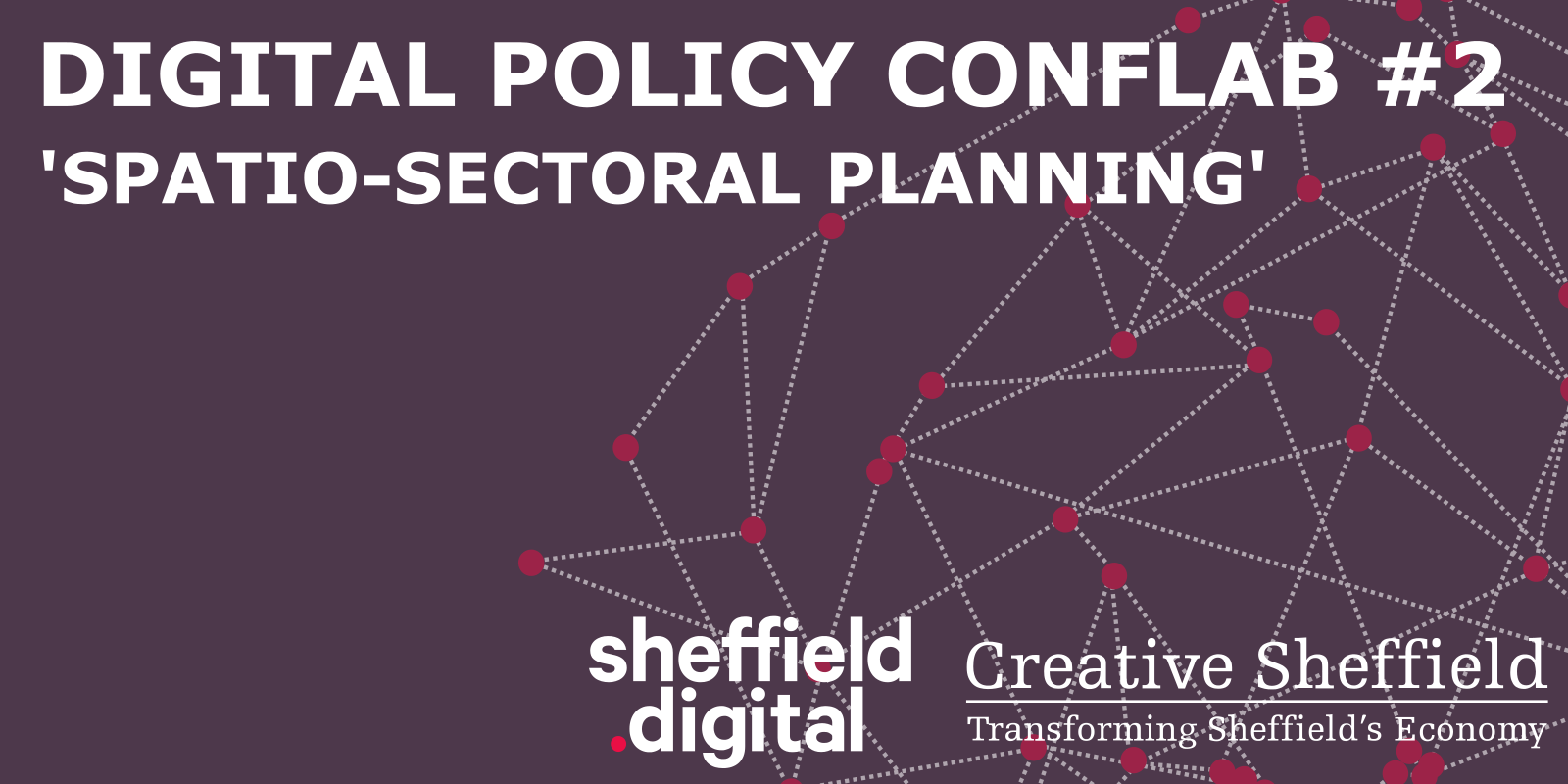 In the March 2015 Budget, the UK Treasury pledged £11m in capital funding to create three digital technology hubs in the North in order to stimulate economic activity as part of the ‘Northern Powerhouse’. This funding was divided between Leeds, Manchester and Sheffield, with Sheffield’s initiative given the moniker ‘MakerHub’ in order to connect it to Sheffield’s making and manufacturing heritage and to provide a distinctive identity. Between Spring of 2015 and the Summer of 2016 a number of different options for the hub were proposed, but the right mix of location, programmes and business model proved elusive, and eventually Sheffield City Council, as the accountable body for the fund, put the Makerhub initiative out to public tender and formally sought proposals from the private sector.

This tender called for a “Sheffield Digital Business Incubator”, and was structured as a 15 year contract with a number of delivery targets and stipulations around economic impact and job creation. The tender was awarded in November 2016, although the contracts have not been finalised at the time of writing and consequently a public announcement has not been made. However, it is an open secret amongst the digital business community in Sheffield, that the tender was awarded to ‘Kollider’ – a joint venture between Kollider Projects and U+I Plc to house the digital tech incubator in the former Co-operative department store at Castle House.  Kollider are also in talks with other property owners as part of a wider project covering an area of roughly 9 acres of Caste Gate.

The original vision for the Makerhub, was for a place “…that will provide a combination of software tech focused co-working, accelerator and incubator space plus some larger SMEs; maker and light manufacturing co-working, accelerator and incubator space; and creative led activity, events, incubation and popup delivery.” This is still the vision, although the specific makeup of the offer may differ slightly in practice, and as the incubator itself  forms part of a wider redevelopment of the Cate Gate area there are opportunities for some additional spaces and services to be offered in other buildings.

At the time the original funding pledge was made by the treasury, Sheffield’s digital technology sector was poorly served by incubation and acceleration spaces. This is still the case, however both of the city’s universities have continued to rapidly develop their research capabilities.

Within the last two years, the following new facilities have opened:

All of these facilities have strong digital and computational technology components.

Meanwhile, a number of spaces have opened offering combinations of incubation, co-working and accelerator support in various degrees, that are suitable for small tech firms and startups. Of particular note are:

In addition, notable new clusters of technology companies have emerged in Kelham Island/Neepsend, the Wicker and Park Hill.

The digital tech sector is still experiencing a large amount of growth, as evidenced by recent Tech Nation reports, and Kollider’s new incubator will be a very welcome addition to the ecosystem, especially if it is able to deliver integrated acceleration, business advice and skills support as intended. However, it is not the only new initiative that is currently in development:

In addition, there are a number of public realm development projects that will also have an impact on aesthetics, livability and mobility within key parts of the city:

All of these initiatives will play a part, in one way or another, in addressing some of the crucial issues that local creative and digital technology companies face: access to talent, suitable work-spaces, business support and fund-raising options. And perhaps most importantly: national and international attention.

It should be clear from this summary of recent activity that Sheffield’s digital economy is really starting to heat up, however with so much going on, the risk now is that the resulting ecosystem presents a confused picture, with projects potentially competing with each other instead of working together, and/or seeking new sources of light, air and value to flourish in.

Also, while the research priorities of the Universities are of great  importance, there is also a need to connect the local digital industries with other local strength sectors and economic plans. For instance, the ‘Science and Innovation Audit’ conducted last year by the Sheffield City Region and Lancashire Enterprise Partnerships provides an insight into one source of value in the region as it identifies ‘Industry 4.0’ as a major opportunity for the economies of both regions:

“The complete integration of digital technologies into manufacturing – Industry 4.0 – will increase productivity and add value for those firms able and willing to change. Future high value manufacturing will be digital, reconfigurable, customisable and will capture more of the value chain, blurring the line with services.”

The report goes on to identify a lack of private sector investment in R&D, insufficient connections between research and local industry, and the need to strengthen the research base in “data analytics and cyber-security as applied to manufacturing problems.”

This is just one of many opportunities to engage a wider industry and bring in partners from outside the city to invest.

It is therefore crucial that people work together to understand the overall picture, share information and are able to work out where there are overlapping plans, where those plans compete, where they are complimentary, and where there are gaps. The overall size of the industry, and the rate of growth, mean that this should not be a zero-sum game for a city such as Sheffield – in fact to maximise the city’s future success and that of its citizens, it must not be.

The first stage to enabling this is for people to meet and know each other, and then to approach their work in a spirit of collaboration towards a larger goal. This is what we at Sheffield Digital want to encourage, and is why we have partnered with Creative Sheffield to convene this ‘Conflab’. 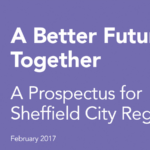 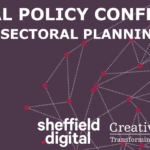 The focus of this edition of the Ecosystem Update is on the support available to people who want to start their own business in the Sheffield City Region.