The new UK government, led by Liz Truss, had made no secret about their claim to focus on economic growth. Even before the Mini-budget by the new Chancellor, Kwasi Kwarteng, a few big changes were already anticipated.

The following guest post from Scott Burkenshaw of Shorts Accountants was written immediately after September’s mini-budget. As we all know, most of the announcements have since been reversed by the new Chancellor.

Update: this announcement was reversed.

Over the last 20 years, there have been numerous changes to the tax system to try and address ‘disguised employment’ and to generate additional tax and NICs accordingly.

In a surprise announcement, the government has stated that it will repeal the recent changes to the off payroll working rules from 6 April 2023. From this date, workers providing their services via their own intermediary company will once again be responsible for determining their employment status and paying the appropriate amount of tax and NICs.

The government says this will free up time and money for businesses that engage contractors and allow them to put this towards other priorities. This change will reduce the risk that genuinely self-employed workers are impacted by the off-payrolling rules. However, the reason for the previous introduction of the current rules was to address the opposite risk, that workers who were in a role similar to employees were not being taxed as such. This is likely to remain an area of focus for HMRC enquiries.

Update: we await details on whether this change will go ahead.

From April 2023 companies will be able to raise up to £250,000 of Seed Enterprise Investment Scheme (SEIS) investment, which is an increase of two thirds over the existing level. To enable more companies to use SEIS, the gross asset limit will be increased to £350,000 and the age limit from two to three years. To support these increases, the annual investor limit will be doubled to £200,000. Larger start-up businesses will therefore be able to attract investors with the potential to obtain tax relief under the scheme.

Update: we await details on whether this change will go ahead.

From April 2023, qualifying companies will be able to issue up to £60,000 of Company Share Option Plan (CSOP) options to employees, twice the current £30,000 limit. The ‘worth having’ restriction on share classes within CSOP will be eased, better aligning the scheme rules with the rules in the Enterprise Management Incentive (EMI) scheme and widening access to CSOP for growth companies. Historically EMI schemes have been much more popular than CSOP for incentivising employees, because they can be more flexible, but for companies that don’t qualify for EMI then a CSOP can be a useful alternative.

Update: this announcement was reversed.

It had been previously announced that the rate of Corporation Tax would increase for more profitable companies from April 2023 to 25%. This change will now not go ahead, leaving the rate of corporation tax at 19% for the majority of companies.

The 19% UK corporation tax rate is significantly lower than the rest of the G7 and the lowest in the G20.

This article features extracts from “Mini Budget, September 2022: The government’s plans for growth” by Shorts Chartered Accountants. We encourage you to read the full summary and analysis if you would like to learn more about the mini-budget, and how it is set to impact your tax position. 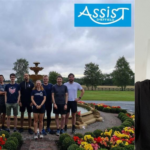 BJSS: creating a work-based culture based around community... Previous
Revisit your youth and explore the future at Sheffield’s... Next 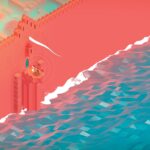 The new UK government, led by Liz Truss, had made no secret about their claim to focus on economic growth. Even before the Mini-budget by the new Chancellor, Kwasi Kwarteng, a few big changes were already anticipated.

Important information about the new tax rules for people operating through a Personal Service Company, and businesses that use them.